After a quick count I see that this is the 25th Hampshire Church we have visited since we began this internet diary at the beginning of 2017.  Ignoring a few minor hiccups these visits have all gone to plan and been thoroughly enjoyable.  So I suppose it was inevitable that this run of good fortune must eventually come to an end.

For a start the weather that had been forecast to develop into sunshine remained stubbornly overcast and this certainly put a bit of a dampener on the day, but most dispiriting was the dreadfully slow moving traffic. A combination of accidents and roadworks made it bad enough on the way there but the return journey was even slower, static even for lengthy periods.  In hindsight we couldn’t have picked a worse day – the Friday before the May bank holiday.  Families on their way to the South Coast combined with impatient commuters returning from London to create an ill tempered traffic jam where any show of courtesy was abandoned.  A wrongly entered destination on the sat-nav didn’t help and nor did BQ as he extolled the virtues of the old-fashioned road atlas compared with modern technology.

With relief we finally arrived in the little village of Barton Stacey and after cups of freshly brewed coffee in the village shop things seemed much better. 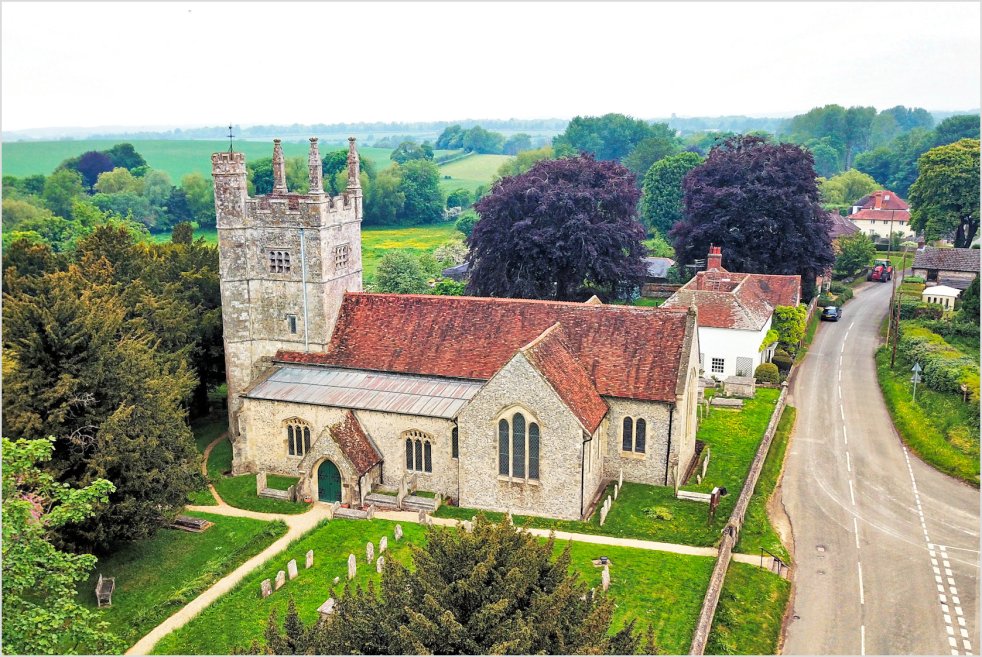 It is quite possible that All Saints Church is standing on one of the earliest sites of continuous Christian worship in England. Although the date of construction of the first church here is unknown, it must have been very early in the Saxon period as the original dedication was to St Victor, a 5th century African bishop. 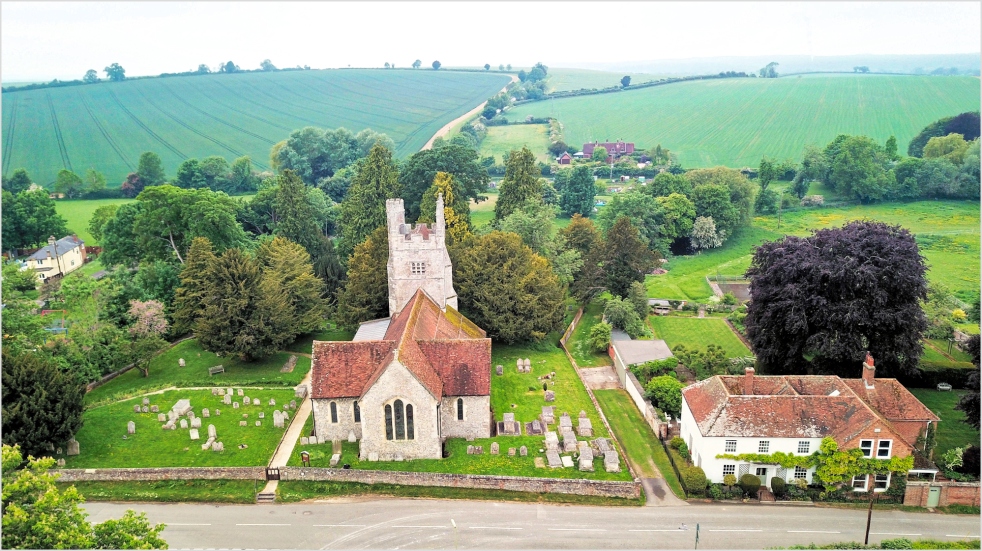 The Saxon church was replaced in the 12th century by a building in Transitional style but the church we see today is the result of yet another rebuilding in the 13th century.  The tower was added in 1510 and carved decorations on some of the fragments suggest that part of the material used in its construction was from the earlier Norman church. 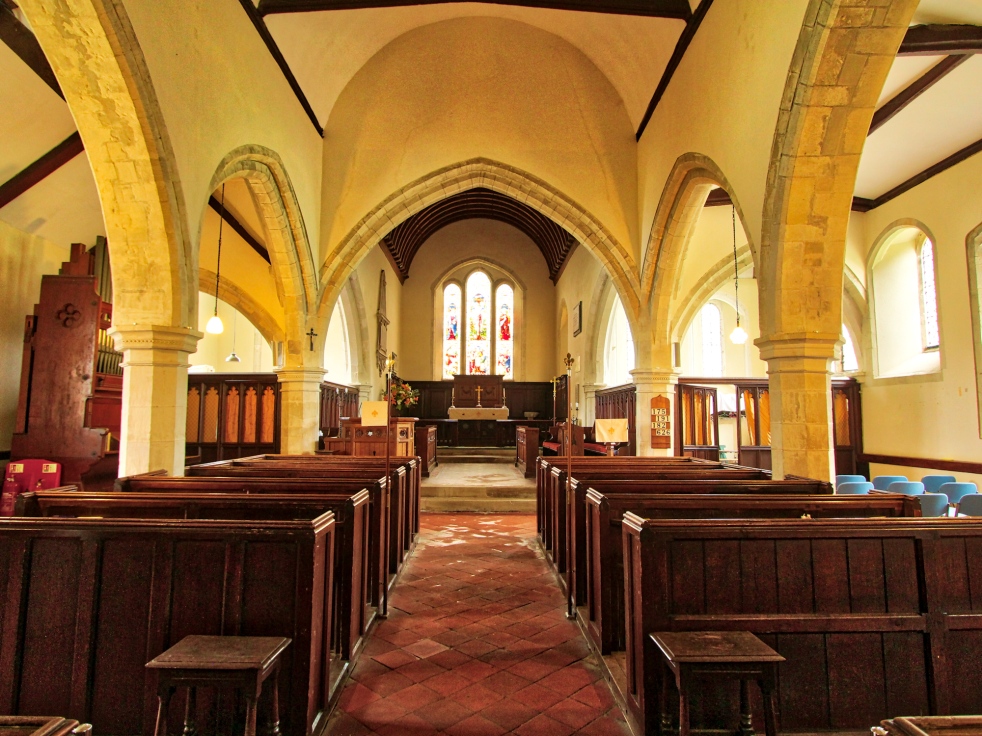 The interior is pleasingly proportioned although comparatively plain with few memorials.  I do like the semi box pews in the main part of the nave which look absolutely right and probably date from the 1877 restoration.  I know it has been fashionable in recent years to replace pews with free seating, but I hope the more conservative members of the congregation will resist any such change here.

Pews were removed from the north and south aisles in 1971 in order to facilitate much needed repairs.  Work was carried out by the Royal Engineers from the nearby Barton Stacey camp, All Saints being their official garrison church at the time. In addition to other improvements, the brick floor was replaced with tiles and, during the course of this work, a vault containing six 16th century coffins was discovered.  One of these coffins contained the body of a headless man – a victim of the Civil War perhaps?  The vault had been last sealed in 1740 and, before being resealed, a watertight bag was left inside containing a copy of the Hampshire Chronicle, some pre-decimal and some ‘new’ money, a copy of the parish magazine and a letter to the next person opening the vault.

In May, 1792 the following vivid account appeared in the recently established Hampshire Chronicle_

On Tuesday last, about the middle of the day, the most awful conflagration ever beheld by human eye desolated this village.  Some people being at work in Mr Moody’s smithy, a large flake of red hot iron flew out of the window and falling onto some dry litter near a cucumber bed set it instantly on fire. This communicating to an adjoining mill-house covered with thatch, the high wind blowing in a direct line with the street carried the thatch like a storm of fire swifter than a man could run till the whole village was in flames.  Volumes of liquid fire occupied the atmosphere, which taking different directions was whirled by the wind to a prodigious height; til the flames and combustible matter roaring and burning with the most tremendous noise fell again in showers of fiery hail until everything covered in thatch was entirely consumed.

Happening in the middle of the day only one life was lost; and that through obstinacy.  Farmer Friend, at the advanced age of sixty, persisted in going upstairs after his money.  He was purported to have 400 guineas in a coffer which he said he was determined to have or perish in the attempt which was unhappily his fate.  The Dean and Chapter of Winchester have generously sent 20s and a quantity of bread for the relief of the unfortunate sufferers who were obliged to take shelter in the church.

The events of 7th May, 1792 are remembered in the simple wording carved into the church gates;

(Update March ‘19;  I have recently heard from a Barton Stacey resident that since writing the following unfavourable review of our lunch at the Swan Inn some 10 months ago there has been a change of management and the meals there are now quite excellent.  My correspondent suggests that when we are next in the area we should give the Swan Inn another visit and that we will certainly do.)

It is with heavy hearts that we can only award one star for our meal at the nearby Swan Inn.  Heavy hearts because the young ladies behind the bar and serving the meals could not have been more charming and efficient,  the general atmosphere was welcoming and the furnishings attractive.  But the food was summed up in one short remark by BQ as we left the building ‘My God that meal was grim’.  In fairness I did enjoy my curried parsnip soup, but everything from the deep fat fryer had emerged with an unpleasant flavour of greasiness and my omelette when sliced open revealed a translucent uncooked interior with floating lumps of tough fatty ham.

I am afraid that neither of us could escape our polite English upbringing as, when asked if we had enjoyed our meal, answered ‘Yes, very nice, thank you’.  I am sure it would be fairer to be more like our American cousins and respond with honesty. 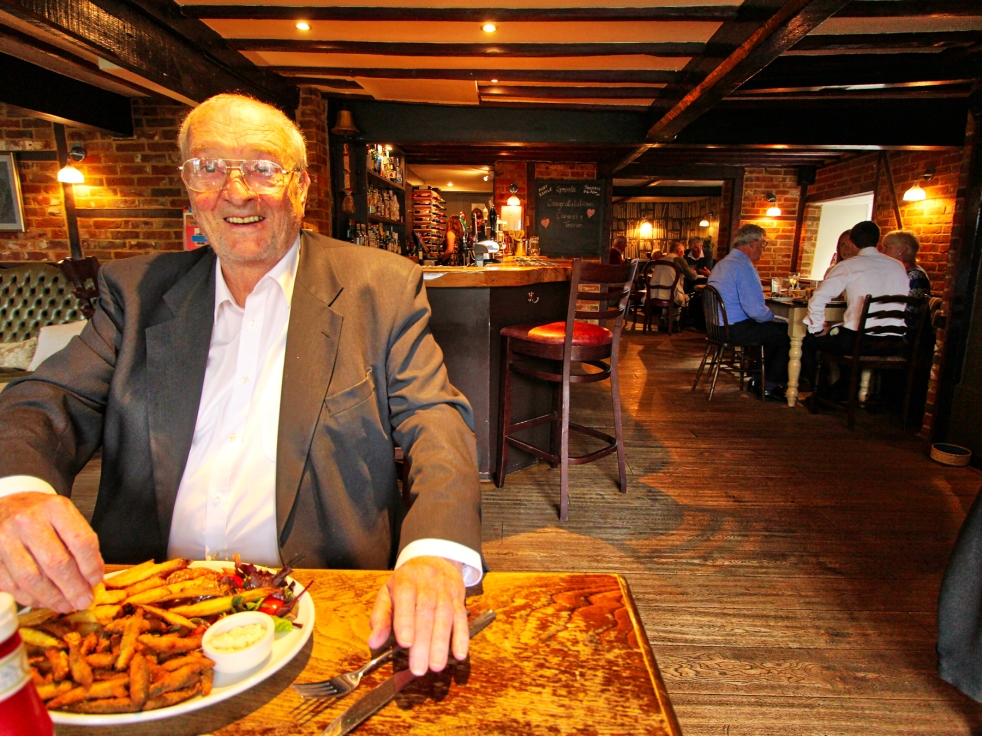 Being a Southampton resident whose regular journeys are mainly coastal and New Forest, I have in the course of the last year discovered an unknown and unexplored area called Hampshire. Between the Meon Valley to the east and the Hampshire Downs to the west there is a real wealth of undeveloped and beautiful countryside with quiet roads connecting ancient villages with a startling selection of small mainly pre-gothic churches.

In fact we have not come across a Gothic church in all the 25 we have visited, which usually means the absence of sheep. For during the rich days of the wool trade every wealthy landowner felt obliged to outdo his neighbour in sheer magnificence and the country profited from a proliferation of ‘Wool Churches’.

In this case All Saints Church in Barton Stacey ticked all the right boxes and fitted seamlessly into the mould of Hampshire village churches.  Saxon originally, indeed one report thinks it could be the oldest place of Christian worship in the country, then altered by the Normans but the majority of what is visible today is Early English from the thirteenth century.

When we finally found our destination after driving along small lanes lined with lace-like cow parsley, the layout of the village could not have been more convenient for car park, village store, public house and church were all within a few yards.

Evidently, in the 10th century the church was dedicated to a Saint Victor of which there are nine listed, all before the fifth century, but I presume it is Pope Victor I who came from Africa and legend had it that he was the first black Pope.

The interior of the church has retained its pews in the centre of the nave and, yet again, when sitting, one realises that the original backsides must have been very narrow.

There is a refreshing lack of memorials inside and the whole church exudes a straightforward and refreshing simplicity which assists prayer.

Unfortunately I must agree with MW about the Swan Hotel, my starter of Welsh rarebit was a dark grey in colour. It made me wonder whether I had misread the menu and it was indeed rabbit.  However this was as nought compared to the whitebait and chips which was so plentiful I could not see the salad which was mostly hiding underneath submerged in fat.

However in mitigation the beer was well kept and in good condition.

My one star however is reserved for the immaculately laundered white napkins.

You can’t win them all!